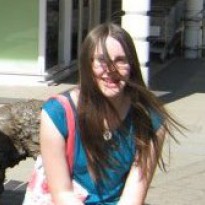 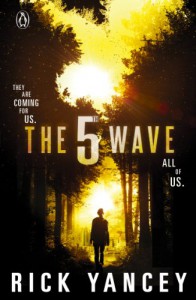 This book has been hanging around my room for a while, and I haven’t really felt like picking it up. Now that I’ve read it, I really wish that I’d picked it up earlier. I loved it! I really wasn’t expecting so much awesome-ness within this book.

The cover of this book is very cool. It definitely suits this book, and also suggests a new day for the characters and that there might be hope for them. I like the mysterious character on the front and I like the light effects on the cover too. Silhouettes on the front of a book always draws me in.

This book had me hooked. Although I did need to read a bit of it before I really got into the book, I found myself loving it pretty soon. This book keeps you guessing at what’s going to happen and sometimes throws out little hints about what’s coming. The plot was really exciting too, and I know I really want to know what happens next.

The characters are all so different, and each of them have their own unique voice. All though I was little confused because of the PoV switching to start with, I got used to that quite quickly. It was easy to figure who was talking in each section of the book, and I loved seeing the lives of the various characters come together. Cassie was such a strong character and is definitely become one of my favourite heroines. She was ready to get up and fight against an invasion, but Rick Yancey also makes sure that it’s clear that she’s only sixteen.

The secondary characters, such as Evan, Sammy and Zombie, were all also well-developed and each had their own story to tell. They all had important parts to play in the story, and I loved seeing what those parts were.

I really liked the world, and the idea of the invasion. I liked the way it was revealed in bits and so the reader had a chance to figure out what was going on. It also reminded me a little of The Host in terms of the aliens and the romance, but it also had much more of a life-or-death vibe to it.

One thing I wasn’t sure about was the beginning of the book. I couldn’t tell if the book was written as Cassie’s thoughts or if it were her diary. Later on, it seems that another character has read the same part as the reader does at the beginning, so I guess it was a sort of diary, but it’s not very clear at all.

I really enjoyed this book, and I will definitely be buying the next in the series when it is released. I’d recommend it to fans of sci-fi, alien invasions and dystopian/end of the world scenarios.